During our participation at LOPEC 2022, we have organized a funny activity to involve people and understand how much they knew about food safety. Through a QR code it was possible to read and answer to 5 simple multiple choice questions; below you can find the solution to each question. Have a check!

a) France, Spain, Italy and Germany

b) Germany, Italy, Poland and Portugal

The correct answer was a) France, Spain, Italy and Germany.

Statistics on sales of pesticides are used as an indicator of pesticide consumption in agriculture. Over the period 2011-2018, the sales of pesticides remained stable at around 360 millions kilograms per year in the EU. Four countries (France, Spain, Italy and Germany) accounted for over two thirds of the pesticides sales in the EU. These countries are also the main agricultural producers in the EU, together representing 51% of the total EU utilised agricultural area and 49% of the total EU arable land. In terms of the categories of pesticides sold, the highest sales volumes in 2018 were for ‘Fungicides and bactericides’ (45%), followed by ‘Herbicides, haulm destructors and moss killers’ (32%) and ‘Insecticides and acaricides’ (11%). 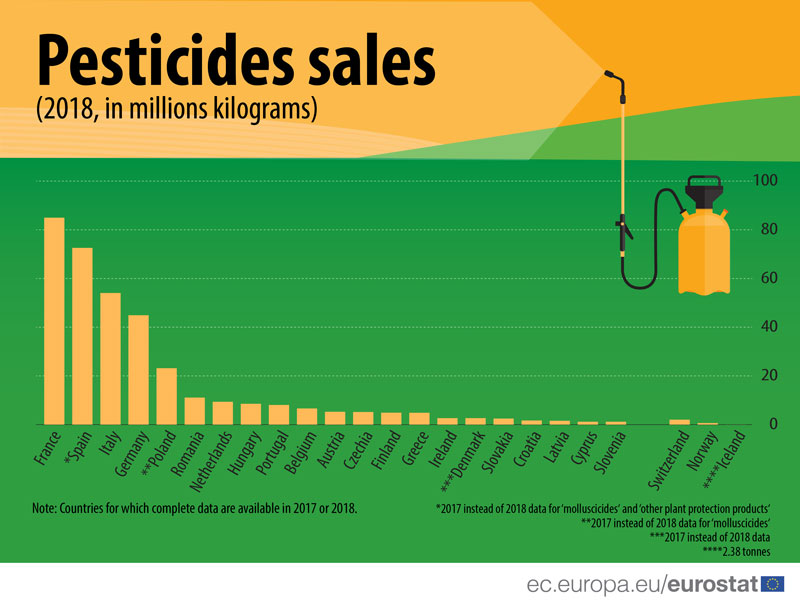 2. What kind of diseases is not considered as a foodborne disease?

The correct answer was d) Legionella.

Legionella is a genus of pathogenic Gram-negative bacteria that includes the species L. pneumophila, causing legionellosis (all illnesses caused by Legionella) including a pneumonia-type illness called Legionnaires’ disease and a mild flu-like illness called Pontiac fever.

Legionella acquired its name after an outbreak of a then-unknown “mystery disease” sickened 221 people, causing 34 deaths. The outbreak was first noticed among attendees at a convention of the American Legion—an association of U.S. military veterans. The convention occurred in Philadelphia during the U.S. Bicentennial year on July 21–24, 1976. This epidemic among U.S. war veterans, occurring in the same city as—and within days of the 200th anniversary of—the signing of the Declaration of Independence, was widely publicized and caused great concern in the United States.On January 18, 1977, the causative agent was identified as a previously unknown bacterium subsequently named Legionella.

The largest and one of the most common source of Legionnaires’ disease outbreaks are cooling towers (heat rejection equipment used in air conditioning and industrial cooling water systems) primarily because of the risk for widespread circulation. Many governmental agencies, cooling tower manufacturers, and industrial trade organisations have developed design and maintenance guidelines for controlling the growth and proliferation of Legionella within cooling towers.

Find out more about food related desease in THIS h-ALO blog post. 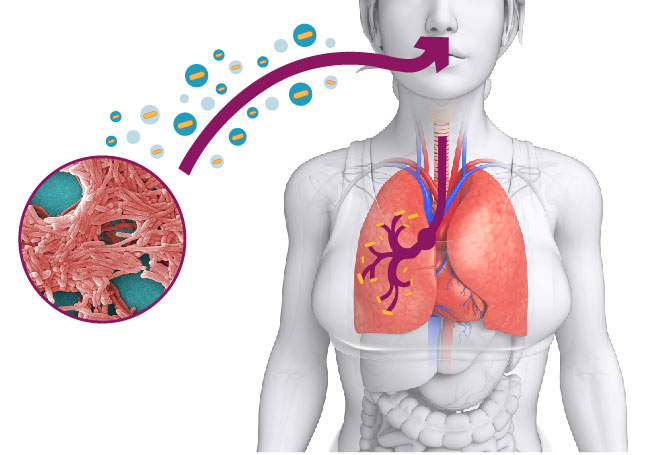 3. One of the following goals is not mentioned among the EU’s goals in the Farm-to-Fork strategy

b) Reducing food loss and waste

The correct answer was c) Enrich the small retailers compared to large retailers.

The Farm to Fork Strategy is at the heart of the European Green Deal aiming to make food systems fair, healthy and environmentally-friendly.

The Farm to Fork Strategy aims to accelerate our transition to a sustainable food system that should: 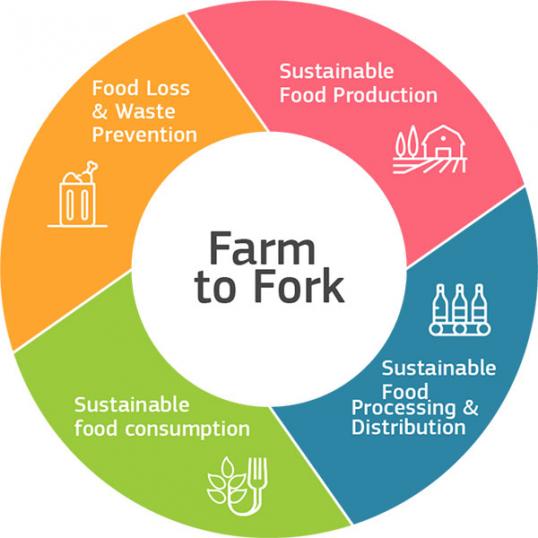 4. How many types of food contamination can we count?

The correct answer was b) 4 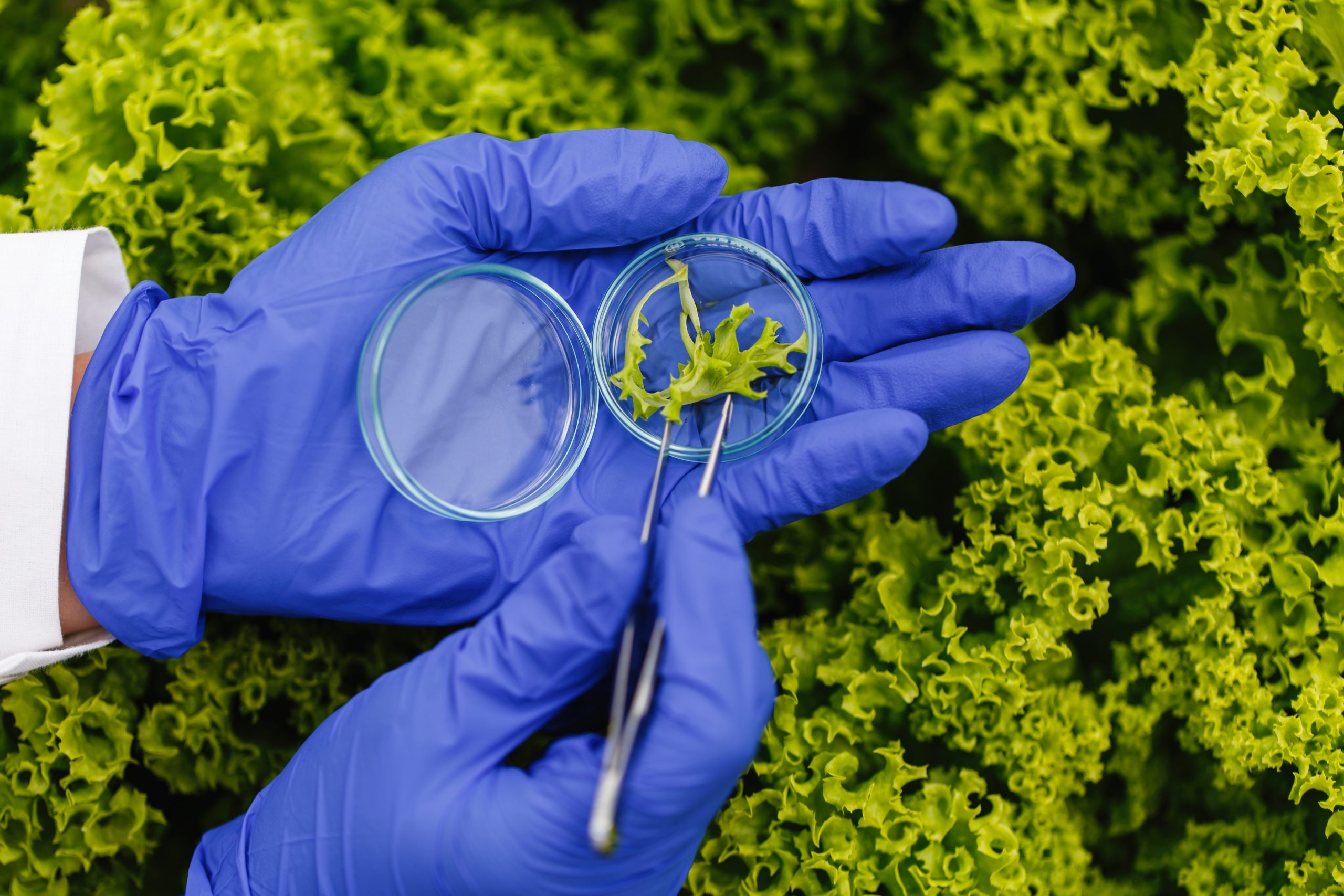 a) a white bear, very responsive to the food he consumes

b) a cat, always hungry

The correct answer was c) a bear that fights food contaminants

Of course! If you didn’t know, watch our video and discover what is h-ALO bear main objective!

Did you enjoy our funny game? Write it in the comment box below!